59: The Right Way to Enforce Boundaries 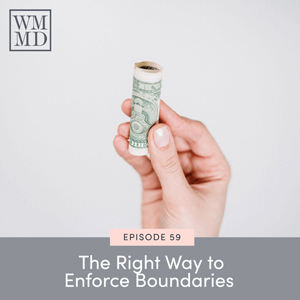 For some of my clients, the concept of boundaries can be pretty difficult to understand. And the truth is, it’s taken me a long time to figure out how to explain this topic in a clear and concise way. But I’ve seen so many people struggle in this area that it’s time to break it down here on the podcast.

The most common boundary issues I see for my clients are around their family and friends asking for money. So, I’m showing you in this episode how to set financial boundaries around our personal relationships. But really, this work can be applied to any area you want to enforce a boundary in your life.

Join me on the podcast this week to discover what a boundary is, and where so many people make mistakes when implementing and enforcing boundaries. I’m sharing the how-to when it comes to setting boundaries of any kind, so if this is an area you’ve struggled with in the past, this short and sweet episode is exactly what you need to hear.

Welcome to episode 59. So, I’m super-excited about today’s topic. It’s a big one. And I know it’s going to be so valuable to all of you listening. But before I start, I want to let you all know that starting the month of June, I am going to be teaching a live self-coaching mastery course inside my program Money for Women Physicians.

Now, of course I teach self-coaching already in the program, but this is a deep dive because my goal is for all of my clients to really learn how to self-coach themselves. This is a difference that I see in my clients who make rapid progress versus those that don’t. Because training of the mind, thought work, takes daily works.

Showing up to a coaching call once a week really isn’t sufficient. To really let go of those limiting beliefs, create new ones, to live into that new future that you want to live in really requires daily self-coaching. And so, I wanted to teach it again, teach it live, and really make sure that you have the skills to do this on your own.

Because really, I don’t want anyone to take my program or work with me one on one thinking that I have all the answers for them. At the end of the day, with this work that I do, what I have learned is it’s so important to learn how to trust yourself and listen to your inner wisdom. And the work of self-coaching gives you access to that.

So, we start the first week of June and obviously, if you can’t make the live call, it’s recorded. But you definitely want to join beforehand so you can get those dates in your calendar and all that fun stuff. And so, make sure you go to weaqlthymommd.com/money to learn more, join, and get the details and start with us in June for that self-coaching mastery program.

Okay, now today’s topic, I want to talk about boundaries. And this is a topic that it honestly took me a long time to really figure out what a boundary is and explain it clearly so that you understand. And what I have found is that most people don’t really understand what a boundary is, let alone what it really means to enforce a boundary.

And so, one of the reasons why I’m bringing this up is because I see a common situation come up a lot among my clients around money and family and friends. And so, basically today I want to talk about how to set and enforce financial boundaries. But this applies to any type of boundary that you’re trying to create.

So, let me give you the common thing that I see among my clients, is basically I see a lot of my clients getting asked to contribute money or they say they feel obligated to help out a family member or friend but there’s a lot of resentment and negative feelings around the whole thing. Does this sound familiar?

And this happens because most of my clients are not aware of two things. Number one, how to set and enforce a boundary. And two, really understanding and getting that other people are adults, they have agency, which means they can do whatever they want. And that means you too.

So, let’s start with setting and enforcing the boundary. So, first, let’s define what a boundary is and what it isn’t. So, like I said, a boundary is a concept that I find is often misused and not properly understood and a lot of people think of boundaries as standing up for yourself. That is not what a boundary is.

So, a boundary formation an enforcing one is nothing about controlling other people’s behavior. A boundary is about honoring yourself and being responsible for yourself. And a lot of you think it’s the opposite.

I know, but wouldn’t it be so much easier if we could? If we just told them what to do and they would do it? But we know that that’s not what happens. And we also know that we don’t like it when people tell us what to do.

So, let’s go through a simple example. So, let’s say you have a relative – let’s just call her Sally. And every month or so, she calls and asks you for money. And every time she does that, you get really upset, talk to your husband, talk to your friends and say, “I can’t believe Sally is asking me for money again. How dare she? Doesn’t she know I don’t want this?” and blah, blah, blah…

So, notice that has nothing to do with Sally, meaning she can do whatever she wants. She can still call you or contact you. But you’re telling her what you’re going to do, which is, “If you ask me for money, I’m going to say no and hang up the phone.” And it’s only about what you do.

Now, here’s the really, really important part. You actually have to do what you said you’re going to do. So, the next time Sally calls, you say no and you hang up. And if you don’t do that, then people just don’t believe you and you’re not honoring yourself or your word. Because your responsibility is to follow through on the boundary.

And so, here’s the thing. You can’t control them. You can’t control whether people like you or not. And so, this is why honoring slash enforcing the boundary really is about you and honoring you. And notice that the boundary did not threaten the other person, did not say anything about stop doing this et cetera, because we know we can’t control Sally. Of course Sally is calling to ask for money. That’s what she does.

They do not need to behave the way you want them to. In fact, you really need to let them be unhappy with you. Let them be wrong with you. And that, honestly, is the hardest part of enforcing a boundary because most of us, especially women, we really want people to like us.

Remember, the boundary is for you. It’s not for them. At the end of the day, we cannot control other people’s behavior or emotions. And you’re not responsible for them either. Meaning in the case of aunt Sally, I made this situation up, you are not responsible for her financial security. You’re not.

She is responsible for herself. You are not. And so, once I’ve truly understood the way boundaries worked and how people pleasing works, and that at the end of the day, we can try to kind of manipulate someone’s opinion about us – now, manipulate is kind of a strong word but that’s basically what people pleasing is, right?

The thing is, we think that if they behaved a certain way, that we would feel better about things. Like with the example with Sally, if she stopped asking me for money, then I wouldn’t be upset. But that’s placing all of your internal peace and happiness depending on something outside of you, on another person’s behavior. It’s just not a great way to live. It’s powerless.

It’s predicating your peace of mind, your happiness based on other people’s behavior and even things like having enough money. How many of us are thinking that if we only had more money, then we would feel more secure? And so, you see how these topics really are intertwined.

People treat us the way we treat ourselves. I know you’ve heard that before, but it’s so true. And that’s why learning about how to set up a proper boundary and enforce it is so important. Because remember, it’s about you. It’s about honoring yourself.

Hey, if you’re ready to create wealth, I want to invite you to join my program Money for Women Physicians. You’ll join a community of likeminded women physicians who are committed to creating wealth. Just head over to wealthymommd.com/money to learn more. 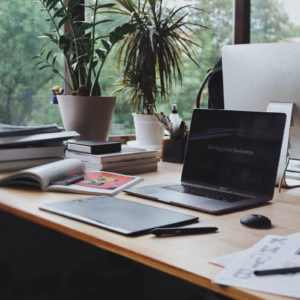 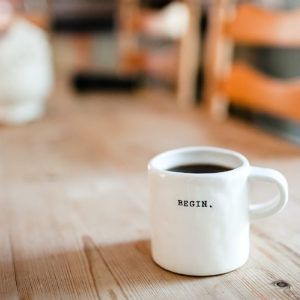 68: The Truth About Motivation 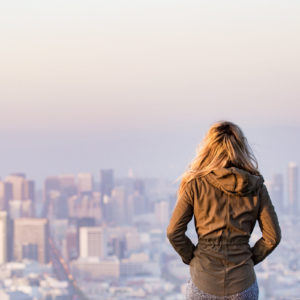