Skip to content
Money for Wealthy Physicians: Open for enrollment

Do you feel like you have enough money? When it comes to deciding what is “enough,” it often has more to do with your mind than money itself. When it comes to money, people approach it from one of two perspectives: scarcity or abundance. In this episode, we get to the root of a scarcity mindset to reveal exactly how it’s holding you back. Plus, learn how you can start living a more abundant life now, no matter where you are on your financial journey.

To understand how your mindset influences your money, it is important to understand what scarcity and abundance mean. While a scarcity mindset can apply to any number of things, when it comes to money, a scarcity mindset means that there is not enough money in your life. On the other hand, when it comes to abundance, that is the viewpoint that says there is enough money. Neither of these mindsets are connected to a certain bank account balance; instead, it’s simply about how you think about your money.

Having a money scarcity mindset impacts your relationship with money and how you live your life. Many people who feel that money is scarce hoard money. They feel that they will never have enough. The possibility of running out of money is always lurking at the back of their minds. Conversely, other people with a scarcity mindset fall into the trap of overspending. Because they feel that they might not get money again, they are quick to spend what they do have.

When you have an abundance mindset, you see your money differently. You take ownership of your financial situation and believe that there is no need for competition. Money is not a zero sum game to people with an abundance mindset. That’s why people with this mindset don’t see other people’s success as a competition or a threat. Instead, it’s simply proof that something can be done. You believe that you can earn more and money can be fun and easy.

Of course, developing an abundance mindset doesn’t happen instantly. It can be a lot of work to untrain your brain and leave your scarcity thoughts and beliefs behind. By changing the way you talk about money and by continually asking your brain questions, you can start to build a new mindset and lead a more abundant life.

In this episode, we also explore:

Featured on this episode:

Welcome to The Wealthy Mom MD Podcast—a podcast for women physicians who want to learn how to live a wealthy life. In this podcast, you will learn how to make money work for you, how you can have more of it, and learn the tools to empower you to live a life on purpose. Get ready to uplevel your money and your life. I'm your host, Dr. Bonnie Koo.

Scarcity means not enough. Abundance means there is enough, maybe more than enough, right? And it is a mindset that is so pervasive. And I actually think scarcity particularly affects physicians. Why? Think of how hard it was to become a doctor. We had to be the cream of the crop and, you know, grade school, high school to get into a good college. And then to get into a medical school, there was competition. Meaning there were not enough spots. Only so many people would get into the college that you're going to. Only so many people would get into the medical school. I think my medical school had an acceptance rate of less than 5%. So that's just major competition, major scarcity of spots.

Because here's the thing. This scarcity mentality has nothing to do with the actual numbers. If you believe money is tight, no amount of money is going to make you feel like you have enough money that you feel secure. I also find that folks that have a lot of money scarcity, they believe that money is somehow there to keep them safe or protect them. Or I see people hoarding money because of money scarcity because they're worried that they're going to run out of money.

But on the flip side, people with a money scarcity mindset can also tend to be overspenders because as soon as they get the money, they spend it. They're not sure if they're going to get money again. And like I said, this type of thinking has actually nothing to do with the actual money that you have or don't have. People with money scarcity also tend to have a weird relationship with money. They might not like money. They might say things like, “Money. Is that important?” They think debt is bad. They feel bad about the debt they have, even though most physicians have debt because they took out loans for medical school, meaning they took out loans to become a doctor. I think sometimes we forget that's why we took it out in the first place. And that's something that they wanted. And once they achieve it, meaning once you graduate medical school or finished residency, you forget that debt represents your dream of becoming a doctor. Anyway, I digress.

Now let's talk about the abundant money mindset. Abundance, meaning that there is always enough. So people who have a money abundance mindset, they truly believe that there's always enough money and that they have the exact amount of money right now that they're supposed to have. They tend to believe that value creates money, not time and effort. I'll talk about money and value in a future episode. They believe that there's enough money for you and for everyone else, meaning that there's not some limit to the amount of money in the world. How many of you out there think that there's a finite amount of money? Like there's like a wealth pie and that we should just get our little cut of it? How many of you think that if you have or make more money, then someone else is making less money?

Now, many of you probably don't explicitly think that, but I think a lot of us sort of internally think that or subconsciously anyway. People with an abundance mindset also do not believe in “competition”. They believe that if someone is making a lot of money, that means it's possible for them to also make a lot of money. They also believe that they're responsible for creating and having money. Meaning it's not your spouse's job. It's not the government's job. It's not even your boss’s job. People with this mindset actually love that they're responsible for creating money and they actually love money. They love the idea of having it and they think money is easy and fun.

Now, why is it so important to understand these two mindsets? Because like I said earlier, it's not the balance of the bank account that determines how you feel about money. It's what you're thinking. Someone with a scarcity mindset, they can literally learn all the tools when it comes to money and take all the actions like they're to, but they will often end up either self-sabotaging or they're never going to feel secure. I mean, there are literally multimillionaires who are still terrified of losing all their money. That is not a great way to live.

The point is that you really need to get your mindset straight before you can truly learn and implement the strategies to get the money results you want, like becoming wealthy. This might sound similar to a previous episode where I talked about limiting money beliefs. Scarcity and abundance mindsets, this is more of a framework of thinking. So the sort of template you've put on your mind about how you think about money. It's definitely related to having limited money beliefs, but it's like a lens through which you look at money.

For someone who tends to have a scarcity mindset--and the truth of the matter is we often flip flop between the two--you can definitely learn how to train your brain to be more in abundance more frequently than being in scarcity. And one of the best ways that I know to teach your brain how to do this is to literally say this phrase: “I have enough right now.” Because isn't that the truth? You do have enough right now, especially for listening to this podcast. That means you have a mechanism for hearing this podcast, right? Meaning you're not homeless. I find it's so centering to tell myself whenever I'm feeling money anxiety--which I still do from time to time--is to remind myself, “I have enough money right now.”

I still have a home. I'm in a warm home. This home has air conditioning. It's the middle of summer right now. And so how many of us need to remind ourselves of what we actually have right now? And this is a little different than expressing gratitude, which is also super important and super helpful when it comes to changing your scarcity mindset. But just reminding yourself that you actually have enough right now can be so freeing.

Remember in a previous episode when I said that asking your brain questions will get your brain thinking? So instead of saying something like, “I can't afford this.” And the reason why that thought is so deadly is because as soon as you say it, you believe it. And then you stop thinking. Instead, I want you to ask yourself, “How can I afford this?”

Now notice that these questions are sort of more positive questions versus asking yourself a negative question. Remember negative thinking creates negative feelings, which creates negative results and the same thing is true with asking negative questions. Like you don't want to ask yourself a question, like, “Why am I always a nervous wreck around money? Why am I always running out of money?” That's just not a high-quality question. And so you have to learn how to ask yourself, ask your brain what I call high-quality questions. How can I afford this? How can I make this easier? Keep asking your brain questions until it gives you an answer.

That's all I have for today. See you next week.

Hey, if you're a woman physician who is ready to take control of your money, you've got to check out my program Money for Women Physicians. It's part course and part group coaching and a hundred percent guaranteed to put more money in your pocket. Go to wealthymommd.com/money to learn more.

If you enjoy this episode and don't want to miss out on new episodes, please hit the subscribe button on your favorite podcast app. 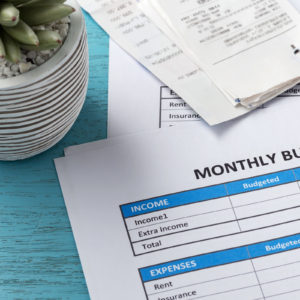 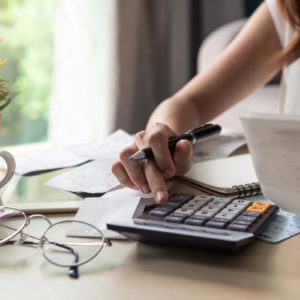 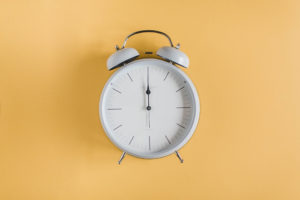 24: Automate Your Finances with Dr. Latifat