50: The Truth About Why We Believe We’re “Bad” with Money 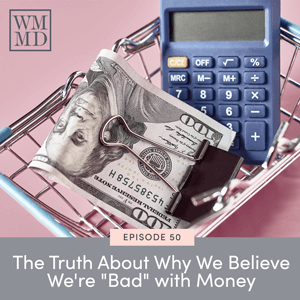 Last week, I kicked off Women’s History Month by giving you an overview of the history of women and money, with highlights from ancient history into modern US history. And to continue on this theme, today’s episode is all about our social history, specifically the socialization of women and money.

It’s no accident that so many women believe they’re not good with money. There are countless societal, ideological, and political norms that have fed us messages that have us thinking we need to control our spending and that we can always be more responsible when it comes to money than we currently are. But it’s time to bring awareness to these narratives because that’s the only way we can change them.

Tune in this week for an overview of the historical societal norms that have shaped our beliefs as women about our ability to be “good” with money. I’m sharing how this messaging comes at us from all angles throughout our lives, and why it doesn’t get any simpler when we start working hard and earning more.

Welcome to episode 50. So, last week, in episode 49, I kicked off Women’s History Month by giving you an overview of the history of women and money with highlights from ancient history into modern US history.

And so, to continue on the theme for the month, what I want to talk today is about our social history, specifically the socialization of women and money. So, what exactly does socialization mean? Because I had to look it up. Remember, not really a history buff.

So, I think I mentioned last week how I’m currently doing some advanced coach training, specifically around the feminist mindset. What I’m learning specifically is the history, including the social, political, economical, and ideological history of women so that I can better understand why women, including myself, do what we do.

Now, as an individual woman, we might not be affected by any one of these historical societal norm things. But all of this history has basically infused and percolated our society and it contributes to structures that keep certain ideologies, or what I consider quote unquote normal in place.

And I just want to pause for a moment here because one thing that I’ve come to learn for myself is that these societal or social norms, they’re kind of – I was going to say funny, but really, they’re kind of fucked up.

Because we, as women, as humans, we try so hard to fit into these social norms. Which is messed up for two reasons. Number one, these norms are literally made up by people, groups of people, and that groups of people, AKA society somewhat – or I should say somehow – agree to them, consciously or subconsciously.

Number two – and this is a big one, guys – society does not reward you for following these norms. You get nothing for being quote unquote normal. Nada. And yet, we’ve all been so conditioned to think that we should strive for, quote unquote, normalcy. Remember, it’s all made up anyway.

Alright, I digress, but let’s go back to the definition of socialization. So, I think understanding how we as women, how we’ve been socialized around money is so important to be aware of. Now, tack on being a mom and a physician, well, we’ve got a lot of messed up socialized beliefs to unpack.

And hopefully, I don’t need to mention that all of you are probably aware, no matter where you are listening in the world, you have probably grown up in a patriarchal society. What that means is a system of society or government in which men hold the power and women are basically excluded from it.

I think understanding all of this is important because I think it allows us to have self-compassion for where we are. And until every one of us, every woman individually can gain this awareness, awareness of these social ideals – remember, they’re made up – that we have internalized, only then can we begin to make changes and, well, literally rewrite history.

Now, if you’ve been listening to the podcast for a while, this is basically what I usually do. I present a currently accepted idea. Remember, someone made it up. And then I question it and pick it apart. And so, what I thought I’d do today is sort of discuss some of the specific gender-based money ideologies that are out there and help you understand why we women are socially conditioned from a very young age to not create wealth.

Now, I think that’s changing, and we have work to do. So, one of the biggest limiting money beliefs is basically around scarcity. Scarcity simply means not enough, always thinking that we don’t have enough. Now, this is not just about money, but this is about everything. This is the type of thinking that creates things like non-compete clauses, for example.

Now, these aren’t, like, super-amazing studies, but I found a few surveys asking parents about how they talk to their children about money. And so, as you would have guessed, girls are given very different messages about money compared to boys, on average of course.

Generally speaking, girls are taught to save and budget, where boys are taught about money as power and to create wealth. Do you see the huge difference right there?

Now, I’m talking about the ideologies that affect us women. But on the flipside, men have a lot of pressure to be rich. We know that, right? A lot of us women also think that a man who is rich is successful.

So, what a crazy different dichotomy that we have between men and women. And that works against men too, as you can see, because a lot of men feel like, if they don’t have enough money, then they really have tied their self-worth to that, right?

Another interesting thing that I found when it comes to how we’re taught about money compared to men, as girls and boys, is that women are often depicted as over-spenders or being thrifty.

Many of you have heard me talk about the correlations between money education and the diet industry. Because the diet industry is kind of built upon a very similar societal ideology that us women cannot figure out our food intake, that we need to control how we eat. Because at least in the US, the societal ideal is to be thin. That’s a whole completely different topic. I don’t coach on weight loss. But I think the similarities are super-interesting.

And so, the data actually shows that women and men overspend equally. So, it’s not a female-specific problem. But I don’t know about you, but I honestly can’t think of any finance article for me saying how to control your spending. It’s definitely a female type issue that’s talked about.

And so, I don’t watch I Love Lucy, but in my Google research, I found that there’s an episode where Lucy is basically being terrible at managing the household money. And she is behind all the bills. She forgot to pay bills. And so, her phone and power were actually cut off.

Just FYI, the episode is called Busines Manager. And so, basically, from this episode, the sort of these that emerge are basically that women can’t think ahead to budget for future expenses. Men know more about money than women do. Money needs to be controlled because we can’t control the money, and so we should only get money in increments, or an allowance. Women shouldn’t waste their money on frivolous purchases. And women don’t take enough credit for their financial accomplishments.

The overall theme here is that women, us women, we need to be responsible with money. But nobody is going around telling men, boys, that they need to be careful with their money. It’s much more socially acceptable for them to kind of find their way, take financial risks, and they’re actually socialized to be more courageous about taking risks, whereas us women, we’re not.

We’re taught to be responsible. We’re taught to want and crave financial security. Because us women are so bad with money, we have to be taught how to spend less, how to budget because we can’t be trusted with money.

And to go at this from another angle, you know, one of the patriarchal beliefs is that women, we are too emotional and can’t be trusted to make good decisions, including money. It’s not an accident that it was only until very recently – legally anyway, because we still know it happens – that we were basically given as full financial rights as men.

When you sort of collectively put all of these limiting money beliefs together, it is no wonder that us women overvalue financial security. We over-worry about having enough money for retirement. Whereas men are thinking more about wealth creation.

Now, the last thing I want to end with here is the very common thing that all of us are taught, so I don’t think this is a female-specific thing, is how many of us were told growing up, probably by our parents, that money doesn’t grow on trees.

What this sentence basically teaches us is that money is difficult to earn or unattainable. Money is hard. That’s basically what that sentence means. How many of you listening right now think that in order for you to make a lot of money, you have to work very hard?

And it’s not an accident that women working hard are basically seen as not great for society, especially if they are moms. Do you see how all this stuff is kind of wrapped all together? Even though legally we do have full financial rights, as men do, we still have so much more work to do.

And next week’s episode, I’m super-excited to discuss. So, I just uncovered some of the big, I think, top-down limiting money beliefs that are pretty specific to women. But if you’ve listened to my podcast, this is what I talk about all the time.

Okay, I’ll talk to you ladies next week. 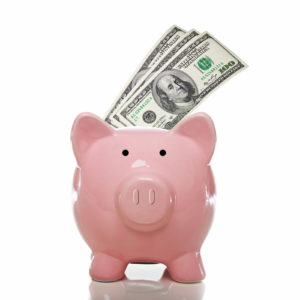 55: You Won’t Be Happier with More Money 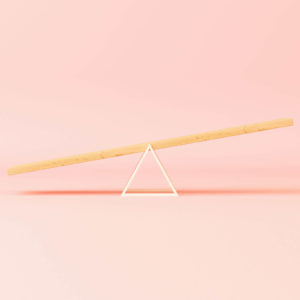 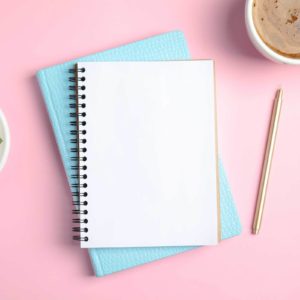 53: The Power of Asking Yourself Great Questions