Welcome to another installment of Interviews with Real Female Physicians. The goal of this series is to share their story so that you, the reader, may learn and be inspired by their experiences – good and bad. We all come from different backgrounds and have different situations. Some of you are married, some are not, some with kids, some with blended families. Let’s show other women that any of these can work financially!

Tell us about yourself:

I am an internist at an academic center doing primary care and hospital work; traditional internal medicine.  I am married with a grown step-son; he moved out a few years ago, so we are empty nesters. Hobbies include reading (fiction, and personal finance blogs), learning languages on Duolingo, and traveling.  Work has taken over a lot of my free time and I am trying to reclaim some of that time to pick up hobbies I used to do in the past.

I originally picked Internal Medicine because I wanted the option to specialize, and as one of the fellows I worked with suggested, I was going to be happier in a field with more thinking and opportunities to diagnose.  As it turns out, staying in primary care/IM has been great for me. I loved my continuity clinic as a resident because I liked building a relationship with my patients, and I’m happy as an attending to get to know my patients over time.  It’s great when they refer friends and family members. I also love having a variety of medical problems to deal with every day: diabetes, and hypertension, and migraines, and birth control, and GI issues. I think I would get bored seeing the same thing every day.  I have fun figuring out my patient’s problems and am also happy that I have the option to refer out if I hit a wall.

For medical students, I’ll repeat two pieces of advice I heard when I was an anxious, undecided student.  One, pick a field with the body fluid that grosses you out the least. Two, you figure out in the OR pretty quickly if you have what it takes to do surgery.  This won’t narrow down your choices to just one specialty but it will knock out a lot of specialties for you.

If you are asking for financial advice, I would say that internal medicine/primary care can be lucrative if you are willing to work hard.  Nevertheless, you won’t make as much money as some specialties. I was fortunate enough not to graduate with crushing medical school debt. If you have a lot of debt, you’ll have to work hard AND live like a resident AND maybe practice geo-arbitrage or arrange for loan forgiveness for a few years to get ahead.

Did you graduate with student loans?

I did not go straight through to medical school.  I had gone to graduate school, and had an NIH grant, which I had to pay back in time or money.  That loan had high interest (I think about 8%), and I took forever to pay it off. I was able to discharge most of it (7/8ths) with service (teaching), and finally paid it off my first year as an attending.  In the end, I paid only $5800 in cash, which now seems minimal, but was a huge looming burden at the time.

I was lucky enough not to owe money for my medical training, as I had some family support.  They paid tuition and I paid my living expenses. I did have some money I had earned between graduate school and medical school, and some stock investments did well.

When did you have them?

No biological children for me, just the step-son.  We actually picked our wedding date so he could attend our wedding before he left for college—he left the next week!

Are you planning to fund their college expenses?

My husband and I didn’t date for a very long time before getting married, so I didn’t have long to prepare for dealing with college expenses. Luckily, other members of my husband’s family pitched in to help with college, but we ended up paying for room and board for four years.  After the support I had received from my family, I felt an obligation to pay it forward. My step-son was able to graduate without student loans, which I feel is a huge advantage we were able to give him.

I am putting money in 529s for my nieces and nephews.  I don’t expect it will be sufficient to cover college costs, but there will hopefully be enough for a nice “Aunt and Uncle Scholarship.”

Are you married? Are you divorced? Remarried?

Did you get a pre-nuptial or post-nuptial agreement?

We did get a pre-nuptial agreement, as we did not date for a very long time before getting married.  It was mostly in case the marriage fell apart really quickly. I don’t remember what it says anymore.

Do you and your partner agree on finances?

We feel we mostly agree on finances.  When I first discovered the personal finance blogs—especially Mr. Money Moustache and Frugalwoods—I sometimes would ask too many questions about grocery shopping and utility bills and annoy my husband.  Ultimately, I want to retire on a higher budget than he does, so I think if you were to ask each of us what our “retirement number” is, we’d give different numbers.

Does your spouse stay at home?

After a few years of marriage, we realized that my husband could save us a lot more money by managing the household than he was earning at his job.  He was willing to do this, but he had some issues to work through once he was staying home. It was hard for him not to be bringing in cash every week.  Over the years, I think he has been more satisfied with this arrangement—he can really see the financial benefits, and he also has more time available to pursue other projects.

Are you the breadwinner?

I am the breadwinner.  It was stressful for me at first to realize I was now responsible for 2 people (3, if you count my step-son when he was in college.)  I am afraid that it enforced my bossy personality. Fortunately, my husband has a strong sense of self and doesn’t let me run him over.

Have you made any financial mistakes?

There have been lots of things that I probably could have done better: not buying a house in residency, spending less on clothes and house stuff when I first got my attending salary, saving more (especially while I was single).  This was long before blogs, especially doctor-oriented blogs, were a thing. In the end, I would chalk some of it—like the house and the overbuying—as a learning experience, since the overall financial impact wasn’t that much. I wish had had access to modern advice on saving as a new attending, as I was ready to save, but wasn’t sure how much was reasonable.

I haven’t yet decided on my final FI number.  I’m thinking about 25x expenses, but there’s still a while to go until I get there.  I expect that once I get closer, I’ll want more padding and a bigger number before I quit work altogether.

I’m thinking more about slowing down and sliding into retirement, rather than going full force and then quitting suddenly.  I had planned to wait until the mortgage was paid off before reducing my hours, but this spring I decided I couldn’t wait that long.  I cut my hours by just a tiny bit this year and will see how this goes, both financially and in terms of improving my work-life balance.

Who handles the finances in your relationship? Do you DIY or do you have a financial advisor?

I handle the finances in the relationship for the most part, as I had been doing it for several years as an attending before meeting my husband. Now that I’m married, I do discuss what I’m doing with him. Most things are DIY, though we do have an accountant who does our taxes, and I have a broker for investments. He’s my dad’s broker too—my dad and I often discuss whether we’re getting good advice, but are staying with him until he retires.

What is your net worth?

With the market gymnastics recently, I can’t be quite sure.  Including the Zillow estimate of our home’s value (about which I have some reservations), I would estimate our net worth at about 18X our annual spending.

How are you saving for FI/retirement?

Maxing out my 403(b).  Back-door Roth IRA for me.  Still working on my husband to start a spousal back-door Roth for him.  I have a taxable account which mostly has stocks, some of which I have had for decades.

My 403(b) is in a target-date fund.  Roth is in individual stocks. I haven’t really bought bonds (except in the target date fund), but have been aggressively paying down the mortgage—which I think as sort of like investing in bonds (not as high returns, but more certain returns than stocks).  Once I finish paying off the house, I will have to think about bonds more seriously.

Had I gone to med school earlier, I imagine I could be a lot further along on my path to financial independence.  But I don’t know that I begrudge the time I had to do other things, and mature.

My biggest real regret is not learning to bill properly.  Now that I know how to do that, I realize I probably undercoded by $25,000 to $30,000 a year in my first years as an attending.

One thing you wish you knew:

How to read a prospectus critically.

Do you have insurance?

Life insurance through work.  Disability through work, and I also have a small policy I continued from residency; it wouldn’t cover all our current monthly needs, but would be a big help. Yes to umbrella insurance.

Do you give to charity?

Absolutely.  I give about $3500 a year to various charities—mostly the local food bank, but also to my university, and small amounts to various groups I want to support. I can take tax deductions for some memberships (museums, religious institution), but these don’t really feel like charity since I’m getting something back for that money.

Any parting words of wisdom?

Paying yourself first and automating savings are some of the most important things you can do for your finances.  Assuming you make an effort to live on your income without going into debt, putting away 10 to 20% of every paycheck will make you rich, sooner than you think.  You’ll get richer faster if you invest that money wisely.

"Paying yourself first and automating savings are some of the most important things you can do for your finances." Click To Tweet

Tell readers a fun/random fact about you:

In my 20s, I spent a summer driving across the country and back on my own, before smartphones.  With a non-working car stereo. I grew a lot that summer.

Where can people connect with you?

I started a blog this year (inspired by Wealthy Mom MD and several other women bloggers).  I’m still learning about blogging, but it’s been fun to write something other than progress notes.

Give it to me!
Posted in Interviews 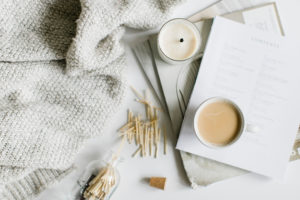 Editor’s Note: This is a guest post by a fellow Wealthy Mom MD, Dr. Ali Novitsky. “Dr. Ali Novitsky MD is the CEO of http://mindbodymarriage.com/.  She is a certified life and weight loss coach, board-certified pediatrician, board-certified neonatologist, blogger, national speaker, and host of the podcast, “Resuscitate Your Marriage.” Let’s face it, relationships can get complicated…if… 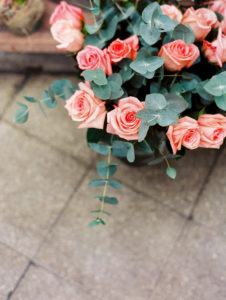 10 Things You Need to Know About Prenups 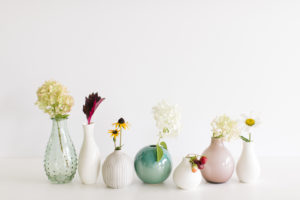