I was born in Seoul, South Korea and my family moved to the U.S. when I was 2 years old. My family never made much money – I guess a typical middle class income for a family of 4.  I was always adept at making money. I just never knew the other part – saving. I remember having a lucrative lemonade stand in our middle class neighborhood in Edison, NJ as a 4th grader. The gig ended when the free ice from the neighbor’s house got cut off.

Not too long after, I was selling stuff from a catalog to neighbors – but my mom made me refund all the money and I remember feeling ashamed that I was trying to make money.Fast forward to 8th grade – I got a gig babysitting a boy in the apartment complex (we had downsized from a house to an apartment, and we kept downsizing to smaller apartments at least 3 more times before I graduated high school. I assume this was due to less money coming in).

Once I was legally allowed to work (age 15?), I got a job shelving books at the local public library for $4.25 an hour. Then I got a second job working at the pharmacy for $6.25 an hour.  Summers I worked almost full time and also worked at a book store. I don’t think I spent much of the money but did the usual $20-40 ATM withdrawals to pay for going to the movies and eating out with friends.

I cashed out my savings at the end of high school (~$900) to purchase a laptop computer for college. I also worked during college as it was part of my financial aid package to Barnard. Due to generous financial aid I was able to attend on grants and loans. I got a coveted gig working at the computer lab which came complete with plenty of paid “study time” and a vanity email address – I was bonnie@columbia.edu. 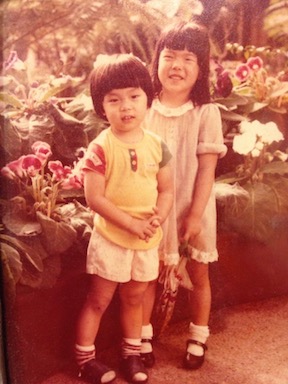 I was the weekly date night babysitter for a few affluent couples in NYC. It was an awesome job – I showed up around 6 or 7pm – the baby or kid was put to bed before they left. My job was mainly to make sure no one kidnapped the baby. I had food and cable TV (never had cable growing up). It was a good hourly rate plus a cab ride home.

During college I opened my first credit card. Thus started almost 20 years of bad credit card habits culminating in accumulating $20,000 of credit card debt by 2010. I had to enter into a debt repayment program to lower interest rates and get on a set monthly payment.

I graduated college in 1999 and started a job at Morgan Stanley. My salary was $52,000 + a guaranteed bonus. I do remember using the 401k plan which included profit sharing. I left after about 4 years and ended up withdrawing the 401k and paid penalties and taxes on it. I was living on unemployment for almost a year while I applied to medical school. I got involved with one of those pyramid marketing companies and lost/spent at least $10,000. 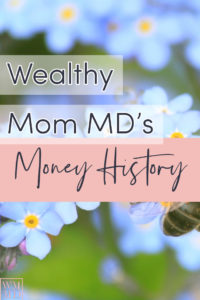 I entered medical school and received generous aid again – half tuition and subsidized loans. Ironically, it was cheaper to attend Columbia than my state school. My mom would drop off groceries and prepared Korean food every two weeks during medical school. Instead of saving the saved money not spent on groceries, I used it to have fun in NYC to blow off steam during med school. Credit card debt started racking up.

Intern year – finally making money again – $59,000. Living in a 3 bedroom apartment in Brooklyn with 2 other roommates. Rent was $850 a month. Life was good. Parents relinquished their 2003 Camry to me to drive to the hospital. Credit card debt really accumulated this year.

Intern year ends and I move to Costa Mesa, CA to begin a two year research stint at a salary of $33,000. 2 months in I panic because after paying rent ($1050), gas, monthly credit card bills, almost nothing was left. I start moonlighting in urgent care but didn’t realize how much I needed to set aside for taxes. I get slammed with a $10,000 tax bill the next year.

Sometime around my last year of residency, I overhear some co-residents chatting about money. I don’t recall what they were specifically talking about but it piqued my interest. They suggested I read the White Coat Investor. Everything changed from there.

I honestly have my life to thank them for. As I was definitely NOT on the way to financial freedom.

Give it to me!
Posted in Money, Student Loans 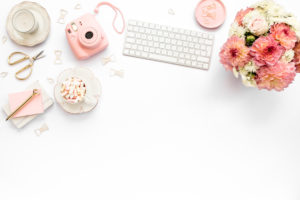 Disclosure: Please note that some of the links below are affiliate links. This means that I may receive a commission if you purchase through one of my links. I highly recommend all of the products & services because they are companies that I have found to be helpful and trustworthy. I use many of these… 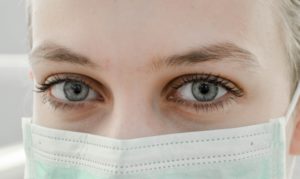 This page will be updated as information changes. Please let us know if you find any errors and we will update this page. [ Disclosures: Please note that some of the links below are affiliate links. This means that I may receive a commission if you purchase through one of my links. I highly recommend… 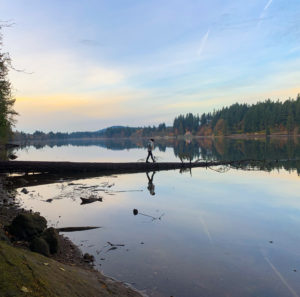 Welcome to another installment of Interviews with Real Female Physicians. The goal of this series is to share their story so that you, the reader, may learn and be inspired by their experiences – good and bad. We all come from different backgrounds and have different situations. Some of you are married, some are not,…