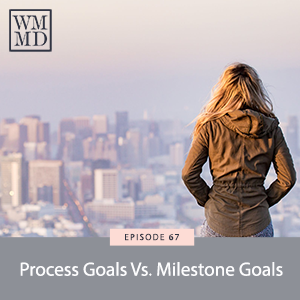 I recently did an Instagram Story on what I call a process goal versus a milestone goal and I received a lot of interest around it, so I’m taking a moment on this week’s show and going into this concept a little deeper for all of you.

When it comes to our goals, I find that many people seem to only focus on the end result when setting and working towards a target. And while there’s nothing wrong with looking to the end, enjoying and learning on the journey provides so much more value in the long term. So, if you’re pursuing a goal right now that maybe doesn’t feel possible or like it’s going anywhere, today’s episode is essential listening.

Join me on the podcast this week to discover the benefits of process goals for achieving long-term success. I’m sharing how I’ve started implementing these goals in my own life, and how you can do exactly the same.

Welcome to the Wealthy Mom MD Podcast, a podcast for women physicians who want to learn how to live a wealthy life. In this podcast you will learn how to make money work for you, how you can have more of it and learn the tools to empower you to live a life on purpose. Get ready to up-level and your life. I’m your host, Dr. Bonnie Koo.

So, I recently did an Instagram story on what I call a process goal versus a milestone goal. And so I wanted to spend a bit more time on this topic. By the way, if you're on Instagram, follow me. I'm @WealthyMomMD. And I share mindset and money tips there. Plus you get to see cute pictures of videos of my toddler and stuff that I cook.

Anyway, I digress. So, I did an Instagram story about process goals because I find that so many of us, we focus on the end goal. Listen, there's nothing wrong with focusing on the end goal. But you know that saying, you got to enjoy the journey. It's about the journey, not the destination.

And so I want to explain and talk about that a bit more. Because I used to get really annoyed when people would say that to me. Because we're like, “What are we talking about? All we care about is the destination.” But I also realized that when you focus so much on the destination, such as losing weight, that’s the example I'm going to use for myself today, you kind of lose focus on kind of the whole point.

So let me tell you what I mean. So I have been sort of trying to lose five or 10 pounds for as long as Jack's been alive. So basically, since I was pregnant. The problem is, for me at least, is these 10 pounds, yeah, I would love to lose them.

But it was never like super urgent for me to do so. And then I would just get annoyed by having to plan what to eat and exercise and all the things. So it would just kind of fall off the radar because there are more important things to do than to lose five or 10 pounds to look nicer in a bathing suit.

So I realized the other day that what if I tried something different? Meaning instead of focusing on the end result of losing 10 pounds and looking at the scale all the time, I decided to actually focus on the process and the new identity that I would have to take on.

And so I call this a process goal. But if identity goal resonates more with you, use that. So what I decided to do was instead of focusing on losing 10 pounds, I was going to focus on becoming someone. So this is where the identity part comes in, being someone who works out, specifically lifting weights, three times a week. And I chose Monday, Wednesday, Friday.

Now when I decided to this just a few weeks ago, this totally shifted everything for me. Because now I shifted my focus, my energy from got to lose 10 pounds to figuring out something completely different.

Because then I thought about it and I was like, “Well, even when I lose the 10 pounds, then what?” It's not like I can just stop all the healthy habits. I still need to be someone who takes care of her body. Someone who works out, or runs, or whatever I want to do.

Now, I'm focusing on weightlifting because, as many of you probably know, after the age of 30 we lose a certain percentage of lean muscle mass every year. Plus I don't want to get osteoporosis. Plus, who doesn't want, you know, I’m not going for a six pack but who doesn't want a little bit of an ab line and some sculpted arms, right?

Also, when I focus on becoming the type of person that works out three days a week, the rest kind of follows. Meaning I'm going to automatically focus on eating better and taking care of my body. And losing weight becomes a natural byproduct of the process goal.

Because at the end of the day, the losing of the five or 10 pounds, that's not a destination. It’s more like it's a stop on the way to being healthy and taking care of my body.

And so if there's a particular goal or destination that you've been, maybe struggling isn't the right word. But you just can't seem to get on board, try on the whole process versus identity goal.

Amazing goals, amazing destinations. But if that's your sole focus, you kind of miss all the other amazing byproducts of that journey. And so this is something I talk a lot about with my clients. It’s like, okay, having the end result is great because it gives you focus on the direction. But what's the process that’s going to get you there? What are you going to have to learn? What habits are you going to learn?

And for money it's things like you're going to have to look at your money, look at the bank accounts. Inside a business like mine I need to look at my money pretty regularly to understand where it's going, where it's coming from, and things like that. I can't ignore it, right? That’s not something a good businesswoman, a good CEO does.

And same thing for you with your personal finances. If you want to become great with money, if you want to learn how to build wealth you need to look at your numbers. You need to get into the habit of looking at them. And once you reach that destination of the money that you want, you don't just stop looking at the money, you still have to take care of.

And so I think this is just a great analogy for money. I'm just giving you my personal example from weight loss. And now I'm in week two and I will tell you, it's just been so nice to just focus on developing this new habit versus focusing on whether the scale is moving.

And so I think the next episode I’m going to talk a bit about motivation, which is going to kind of tie into developing new habits. And one thing I want to say about that right now is that I think as type A perfectionistic women, we give ourselves no margin of error when we're learning something new or doing something new.

And I see this a lot in weight loss. Now, I don't coach specifically on weight loss but it's a theme I see come up for my clients in particular. Meaning I'll see one of my clients being so hard on themselves when they eat something that they felt like they shouldn't have eaten.

We beat ourselves up, we feel so bad because we think we're not supposed to. What if you're supposed to? That's how you're going to learn. And don't even get me started about where we learned this. It's all from our antiquated education system where basically failure was punished and A's were rewarded.

Unfortunately, that sort of mentality doesn't work well for anything in life you want to accomplish. We think we're supposed to be perfect at every step of the way. Whether it's creating wealth, whether it's losing weight.

So what goal or what destination have you been wanting to achieve but have been struggling with? Could you somehow do a process goal instead? A habit you want to develop? Or an identity goal? Like who would you have to be? What kind of person would have that goal or achieve that goal?

I hope that was super helpful for some of you and I would love to hear if you create a process goal for yourself. So go ahead and email us or send us a direct message on Instagram. It's @WealthyMomMD and our email is support@wealthymommd.com I will talk to you next week.

Hey, if you're ready to create wealth, I want to invite you to join my program, Money For Women Physicians. You'll join a community of likeminded women physicians who are committed to creating wealth. Just head over to wealthymommd.com/money to learn more. 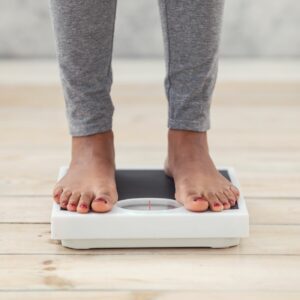 128: The Secret to Losing Weight with Katrina Ubell, MD 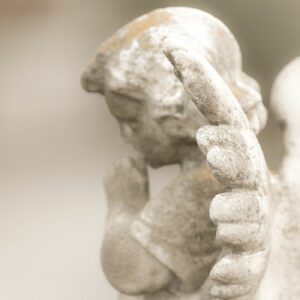 127: The Truth About Grief with Krista St-Germain 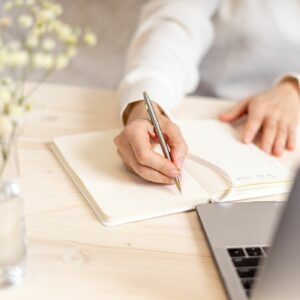