What is Financial IQ for a 12-Year-Old? Lessons from Rich Dad, Poor Dad

Editor’s Note: This is a guest post from Ethan, my stepson who is currently 12 years old and in 7th grade.

Having Financial IQ is knowing how to handle money responsibly and save according to a plan.  As a 12-year-old, I never thought I’d be introduced to this term. It has never been brought up in school and I didn't even know what it meant until my stepmom told me I needed to develop a Financial IQ.

It is never too early to start learning about money.  She gave me a copy of Rich Dad, Poor Dad to help me understand more about my Financial IQ and what it could mean.

Robert Kiyosaki, the author of Rich Dad, Poor Dad, started to learn at a young age and why it is crucial to develop your Financial IQ. The benefits of starting at a young age are that you will be able to understand more and more as you grow older. You will recognize opportunities such as:

With that in mind, I am hoping (I’m 12, so cut me some slack) to write a series of posts over the next year on this book. Rich Dad says, ”Broke is temporary, poor is eternal.” He means that being rich is a mindset and the greatest asset is your brain.

Robert and Mike (who were best friends, and Mike was also the son of “Rich Dad,”) took jobs working for Mike’s dad at one of his bodegas. After several weeks of growing frustrations with little or no pay, Robert didn’t want to work anymore and was going to quit. Rich Dad said “I will not pay you,” so Mike and Robert had to find a way to make money.

At the comic place in their town, they were throwing out comics. Robert had an idea he asked if he could have the comics, and the store owner said yes as long as he did not sell them. So, he made a library and charged people $1 to read them to read as much as they want, and it is not selling so they did not break the deal.

As a rich person, you have a lot of money, but you should not spend it on clothes. Spend it on assets to grow your money and then you will not have to worry about losing it because you will have a steady income and will not have to have to worry about finding a job or worry about losing your money. The rich know how to invest in assets–that’s why they’re rich. But the poor do not know how to invest in assets, and that's why the rich get richer and the poor get poorer, and the reason for Rich Dad is to educate the non-financially smart people and to get them to understand money.

Do not be afraid of taking risks when it comes to money. Rich Dad says that money is managed by fear with most people, and if you are scared of losing money than you could miss an opportunity to make even more money and become even more wealthy.

My friend is a bit of an entrepreneur. He buys trendy clothes and resells them for profit. Sometimes he makes no profit or even loses a bit of money. Resale is like the stock market.

My takeaway is that I did not know that money is living and breathing. It grows it shrinks and is sometimes unpredictable, but by teaching yourself about money, you can kind of make it work for you. Having knowledge about money is great because you learn and you make more money.

Do you think it is important to develop a financial IQ?

Why or why not?

Get the bestselling book - Defining Wealth for Women. 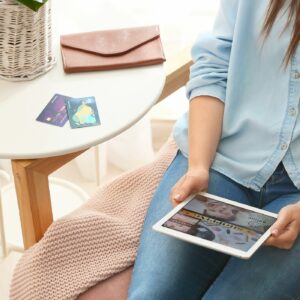 Apple Podcasts Spotify Stitcher This episode is coming out on Thanksgiving, and I should probably have covered this topic earlier, however you still have time to take action on what I’m sharing today. So, I hope you catch this before Black Friday because I’m sharing my top tips for maximizing all the sales that are… 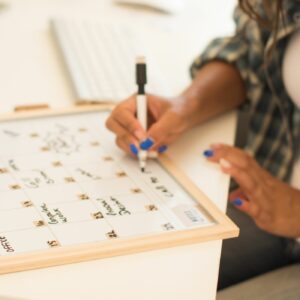 Apple Podcasts Spotify Stitcher I’m in the process of putting the final touches on the Live Wealthy Planner! I’ve been working on this planner for a while because I’ve found it really difficult to find one that meets all of my needs, and after years of coaching clients around financial freedom, I decided this would… 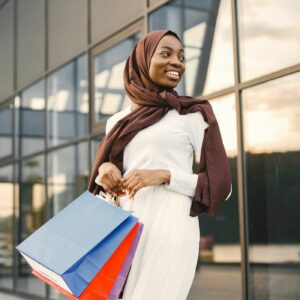 Apple Podcasts Spotify Stitcher I recently discovered something that’s changed my life, so I know it’s going to help so many of you as well. I had to be willing to look at a money habit that I’ve been avoiding for a while now: my spending. I’ve struggled with my spending my whole adult life.…