Most people have to address debt at some point on their financial freedom journey. You might have student loans from medical school. You also might have consumer debt, a car loan, or a mortgage. So what do you do with debt? Today, we are going to explore what debt really is and the three strategies that you can use to address your debt. Remember, that we are going to keep building wealth and upleveling our finances at the forefront of our journey. Let’s get started.

First of all, you need to understand what debt actually is. In our society, debt is almost universally discussed as a negative. We have made it mean something bad. However, you must remember that is a story we’ve accepted, not the actual “what happened”. So what is debt? People go into debt when they either can’t afford to pay for something in full right away or choose not to. Debt means you are buying money and the price of that money is the interest you have to pay. Remember that money has no morals. What you make your debt mean is up to you.

For most women physicians, debt is something to be addressed. Almost all of us incur some kind of debt, usually as a result of medical school. There are three ways that you can deal with debt. You can pay it off quickly by putting anything extra toward your debt. You can go halfsies, meaning you put half of your extra income toward your debt and the other half toward saving and investing. The last option is to simply pay the minimum on your debt, freeing up your extra income to grow assets.

In this episode, we also explore:

Featured on the episode:

Learn more about how to manage your mindset with Wealthy Mom MD.

Welcome to The Wealthy Mom MD Podcast—a podcast for women physicians who want to learn how to live a wealthy life. In this podcast, you will learn how to make money work for you, how you can have more of it, and learn the tools to empower you to live a life on purpose. Get ready to uplevel your money and your life. I'm your host, Dr. Bonnie Koo.

Hey everyone. Today, we're going to talk about one of my favorite topics and probably the most common question that I get. Should I pay off debt or invest? Or should I go 50/50? And why? We're going to dig into this topic.

So in the last episode, I went over briefly how our human brains love to collapse “what happened” versus a story we tell ourselves now. In case you haven't listened to that episode, I'm going to summarize it real quick. Basically, there are two things: there's what happened, which is just the facts, nothing else. So something happens, and then we make up a story about it. Something happens. This “what happened” is neutral. It's just the facts with nothing added. Then, we make up a story about it. Human beings are story-making machines. Most of us live our lives on default and collapse the two. We think the story is what happened. The good news is we can decide to create a new story, but this can be challenging because of the way our brains are wired.

Let's talk about our student loans because that's a topic that comes up all the time. At some point, you wanted to become a doctor. That first step after college was to go to medical school, and medical school costs a lot of money. At least it does nowadays, right? You didn't have the money or you didn't want to spend the money--probably more like our parents, right? And so you bought the money and the price of the money is the interest. These are your student loans.

I want to remind you that at some point, you wanted to be a doctor. Hopefully, most of you still want to be a doctor. Right now, I'm guessing you're making your student loans mean a whole lot of negative things. Why wouldn't you? Pretty much everyone and everything out there is telling you that debt is bad and you should pay it back as soon as possible.

Now that is an option, of course, but it's just one option. I like to look at debt repayment in terms of three choices. You throw all of your extra money towards your debt, so that means you're paying not just a minimum, but additional payments. Option two is to go what I call halfsies, meaning any extra money you have, you put half towards that and half towards saving or investing. The third option, which is the opposite of option one, is to pay the minimum payments on the debt and throw everything else at acquiring assets.

First, I want to say that it totally makes sense that most people are telling you to pay off your debt. I mean, you kind of have to, at some point. You do owe the money. It won't pay itself back. Sorry. I want to make sure that you understand that any extra money you put towards debt means that you're not putting that money towards acquiring and growing assets. The one rule of wealth is so simple: buy assets, not liabilities. An asset puts money in your pocket. It's money making money.

What if you put extra money towards acquiring and growing assets that can later pay off the debt? This choice is also available to you. There is no right or wrong choice here. My goal is for you to choose and love your reasons for choosing it. I want you to be able to say, “I choose this because I want to and it feels good” versus paying off debt quickly from a place of scarcity or heaviness. Often, people think you're going to have a whole lot more freedom afterwards. And I want to remind you, that the feeling of freedom, or if you're having a feeling of heaviness or negativity around debt, it's not because of the debt itself. It's because of the story you made up about the debt, right?

So like many of you, I agreed with the masses. Debt isn’t good, you should pay it off as soon as possible. I also subscribed to the idea that not all debt is bad. You know, student loans aren’t bad because that allowed me to get my medical degree, and now I can make a good income and I'll be able to pay it back. And the “bad debt” is consumer debt, credit card debt. Some people even lump car loans on there. Remember, the debt itself is neutral. It's the “what happened.” What story are you telling yourself about the debt?

Because here's the thing I do believe. I generally recommend that you pay off debt if the interest rate is above 5% or so, but it also really depends. Acquiring and growing assets takes time. And there are lessons to be learned in terms of acquiring and growing these assets. So anytime you're spending any money, you're spending extra towards debt, not only are you not acquiring or growing assets, you're missing precious time in terms of the lessons you need to learn to become a great investor.

Let's recap what we talked about today. When it comes to debt, debt is what happened and everything else is a story you're telling yourself about your debt. That in itself is not good or bad. Debt is money you didn't have or money didn't want to spend. So you bought the money and the price of the money is interest. Ask yourself what you are making your debt mean.

I'll see you next week.

Hey, if you're a woman physician who is ready to take control of your money, you've got to check out my program Money for Women Physicians. It's part course and part group coaching and a hundred percent guaranteed to put more money in your pocket. Go to wealthymommd.com/money to learn more.

If you enjoy this episode and don't want to miss out on new episodes, please hit the subscribe button on your favorite podcast app. 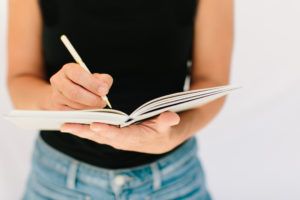 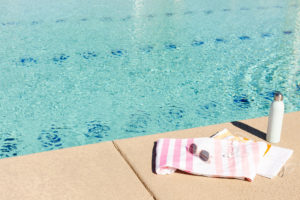 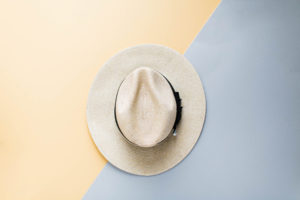