Skip to content
Join us for Defining Wealth for women live

89: Emotional Childhood & Adulthood: Empowering Yourself During the Holidays 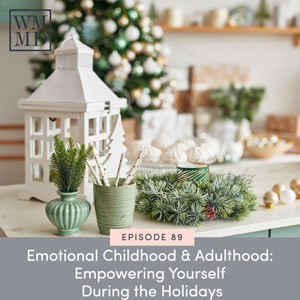 This time of year is supposed to be joyous, and I hope it is for you. But it also tends to bring up a lot of emotions, stories, and angst. So, if you’re struggling with any of that right now and you’re not feeling empowered, you’re in the right place because I’m sharing an amazing concept that puts all of this into perspective.

I originally learned about the idea of emotional childhood and adulthood when I was in coach training. It’s a simple concept, but it’s incredibly powerful, and it really puts how we think about our responsibilities at this time of year into perspective so we can actually experience more joy and less stress during the holidays and in life in general.

Tune in this week to discover how to use emotional adulthood to your advantage at this time of year. This isn’t about being perfect 100% of the time, but I’m showing you how to see where you’re disempowering yourself emotionally, and what you can do to start empowering yourself.

Welcome to The Wealthy Mom MD Podcast, a podcast for women physicians who want to learn how to live a wealthy life. In this podcast you will learn how to make money work for you, how you can have more of it, and learn the tools to empower you to live a life on purpose. Get ready to up-level your money and your life. I’m your host, Dr. Bonnie Koo.

Welcome to Episode 89. So this is coming out right before Christmas, I believe. So hopefully you are listening in time for the holidays, whatever you celebrate. And the reason why I wanted to do this episode is because this time of the year tends to bring up a lot for people. A lot of emotions, a lot of stories, a lot of angst. And hopefully some joy as well.

And so I thought it would be good to kind of talk about how to re-frame some of that if you are struggling with that right now. So before we get into the episode, I just want to remind y'all that my book is coming out on January 11, 2022. And so by the time this episode rolls out, that'll be only a few weeks later.

And so I can't wait for you to get your hands on a copy of the book. It'll be available on Amazon, and I think Barnes and Noble, and some other common book sites. And for those of you who love to read on Kindle or your iPad, there will be a special the first week it's out.

So you definitely don't want to miss–  Basically the Kindle, eBook version, whatever they call it is going to be highly discounted, but only the first week. So if this describes you and you love to read on your reading device, then you definitely want to purchase it on or soon after January 11th.

Okay, so what I want to talk about today is a concept that my coach mentor, Brooke Castillo, teaches us when we undergo certification. And she calls the concept, emotional adulthood and emotional childhood. And obviously, they describe different sort of things and I'm going to go into that in a second.

And it's a concept that definitely struck me. And I've just been trying to think about it and putting it together in a way that resonates with me. And this is how I like to think about sort of every new concept or whatever that I read out there, is how do I internalize it? How do I have it make sense to me?

And here is why I think it took me a while is, first of all, I just want to say words are so important. At least to me in terms of a certain word might have some connotations that are not great.

And even if I look at the definition, whatever Google says, or Merriam Webster, or whatever source you use for definitions, even if the definition is sort of more neutral, I think just how you learn about the word and how you're brought up culturally, socially, it can affect your interpretation of the word.

Okay, so number one is the state of being the person who caused something to happen. That's a pretty neutral definition of responsibility. Number two, a duty or task that you are required or expected to do. And just notice the words required or expected. Those just sound heavy and not so great to me. Number three, something that you should do because it's morally right, legally required, et cetera. It's very similar to two but just some added nuances, putting legal and morally.

So I would say definitions two and three are heavy for me. And I think that's kind of how the word responsibility landed for me too. And some of you may know this and some of you may not know this, but I grew up in a pretty, I don't want to say strict, but it was pretty strict Christian household.

And so the word responsibility was just pretty loaded in terms of religion, but also, I'm Korean. My parents are Korean, they grew up in Korea. I pretty much grew up here in the United States, but there's a sense of, and I'm probably not going to get this right as I don't actually speak Korean fluently, but there's a sense of honor, duty, and responsibility in the Korean culture.

So I think that mixed with my religious upbringing just made that word kind of yucky to me. And so here's why I'm bringing up that word, responsibility, in the context of emotional childhood and emotional adulthood. So I'm going to tell you about each and then I'm going to sort of tell you, not so much my take, but sort of different words that I now use to make this concept more useful to my brain.

Contrasting this with emotional adulthood, where you are taking responsibility for yourself, the good and the bad and the ugly, so to speak. You are not expecting or wanting other people to change or other things to change outside of you. This could include systems like medicine, for example. And some people will also say that emotional childhood is sort of being and acting like a victim, and emotional adulthood is not being a victim.

Now, these are sort of two opposite poles. And I think it's easier to understand things and conceptualize when you're sort of given the polar opposites. But we also know, hopefully, that life doesn't quite work that way. There's everything in between. Like when we talk about ideals or any sort of concepts that tend to have polar opposites, it just doesn't describe what actual reality is.

And the reason why I think it's really important to hit this concept home is that most of you tend to be perfectionists, including me. I would say, if you're a female physician listening, you're definitely a perfectionist, it's just part of who we are. And I don't mean make that to be a negative thing.

The problem with being a perfectionist or having perfectionistic thinking is we do tend to think in polar opposites, or also called all or none thinking. Where if we label one thing bad, we think we have to kind of move to the opposite and be good.

So that's not like a great example. But just to kind of give you an example of how our perfectionistic brains tend to think in kind of binary. But the real world is gray, and vague, and messy, and complicated. And I'm not even meaning complicated or messy in a bad way. I think that's part of what makes the human experience so rich. It's not like these rigid rules that fit neatly in between lines.

And so, first of all, I just want to say as long as you have a human brain, your brain will always want to act like an emotional child. Now, like I said, I don't love the words emotional childhood and emotional adulthood. And like I said, I think it's because of that responsibility word, it just sounds so heavy for me. And so what’s more helpful to me is to think of it as being empowered versus being disempowered.

The dictionary definition of empowered is having the knowledge, confidence, means or ability to do things or make decisions for oneself. And so I just think it's a nicer, more lighter way of saying responsible. I mean, it's basically saying responsible, but empower just like feels and sounds so much more uplifting than being responsible.

And so what I want to say about being or feeling empowered versus disempowered is when you're feeling empowered, you feel like you have the ability to really, and I don't want to use the word control, but you're empowered and in charge of your emotions. Versus when you're feeling disempowered you are basically feeling powerless against what's happening out there. As if you have no say about how you think, feel, and act.

And so this just might be an easier way to think about this concept of emotional childhood versus adulthood, is whatever situation is happening, and I talked about the holidays because I know it tends to bring up a lot of stuff with families and stuff, is like are you feeling empowered or disempowered?

And so, like I said, the goal isn't to be perfect here. Like I said, as long as you have a human brain, it'll want to feel disempowered. And here's why, there's a perfectly sound explanation. It's easier to be disempowered.

And obviously, this is not a specific measure. There's no test that you can take that tells you what percent you're spending in each. But I just think maybe the goal is to notice when you’re feeling disempowered and see if we can feel empowered instead.

And I think that's the beauty of this type of work. It's really all about creating awareness of what's going on inside your brain and then thoughtfully choosing whether you still want to do that or choose something else. Thinking on purpose, being on purpose versus being on default, which is easier for us.

All right, I hope this gave you food for thought and I will talk to you next week. Bye bye. 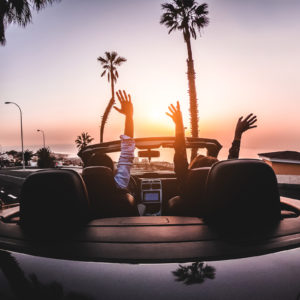 94: Being Debt-Free Doesn’t Make You Rich 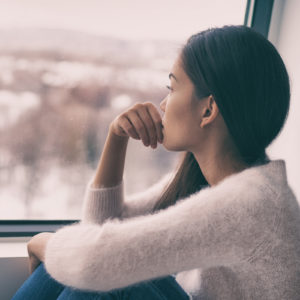 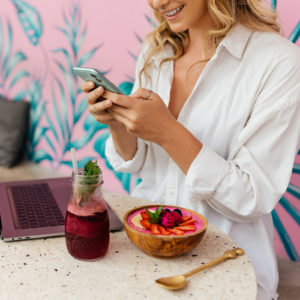 92: Women, This is Your Brain on Money