Love, Marriage, and a Legal Contract

Since the engagement, everyone has been asking, “So, when's the wedding?” When most people think of engagements and weddings, the legal aspect of marriage is not the first thing that comes to mind. But saying “I do” is a legal contract. That's one of the reasons why we are happily engaged but not planning to be married anytime soon.

The fact that marriage is a legal contract isn't the only factor shaping our decision. In fact, here are the reasons in no real order:

Marriage as a Legal Contract

Marriage is a legal contract and nothing more. People add the other stuff– mainly the religious part (we aren't particularly religious but our parents are). Don't get me wrong. I fully respect the institution of marriage and the commitment and all that it entails. It's just that legal marriage isn't the necessity it was for women as it is today.

The Marriage Penalty Tax Does Exist

Most people think you get a tax break by getting married. It depends.

Most people don't realize that the married filing jointly tax brackets are not double the single brackets. Depending on how much you and your spouse make, you may actually pay a marriage penalty tax. This mainly occurs when you both make a similar income. The marriage bonus mainly applies to couples where one spouse makes a lot less or is a stay at home parent.

Note: Since this post went live, there was a major overhaul in the tax code in 2018. The “penalty” is much smaller now. 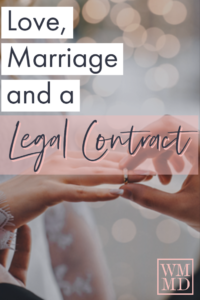 The Divorce Rate Is Not Zero

Then there is the possibility of divorce. Divorce rates are going down and are lower among doctors (but higher among female physicians), but most of us still have a 30%-ish chance it won't work out.

Would you sign a contract that said things don't work out in 30% or more cases in which case you may lose half of your retirement and possibly a % of your future income? Of course not!

Of course, there are lots of benefits to being married – spousal Roth IRA, unlimited gifts to each other, and double the federal estate tax limit to name a few.

Divorce laws are state specific and how they “split things up” falls into two categories – community property and equitable state. In a community property state (Alaska, Arizona, California, Idaho, Louisiana, Nevada, New Mexico, Texas, Washington and Wisconsin), any assets (and debts) acquired during the marriage are considered to be equally owned by both parties. In an equitable state, the more common type, anything acquired during the marriage is considered the property of the  spouse that earned it.

Then there is spousal support or alimony. In some states, while a divorce is in process, you may have to pay pendente lite support, or basically, alimony until the divorce is finalized and then pay actual alimony. Alimony laws vary by state in terms of how much and how long. Any high income earner should seriously consider a pre-nuptial agreement prior to marriage.

Blending Families Can Be Complicated

Bring in kids from a previous marriage and that can complicate things more. Laws are also state specific for child support and generally do not consider the income of a new spouse. No matter what your new family looks like, blended family finances are important to consider carefully.

Final Thoughts on Marriage As a Legal Contract

Marriage means different things to different people. It also means something in the eyes of the law.

Before you rush down the aisle, it's important to consider how marriage will impact your finances and family.

You can also check out this checklist for blended family finances to get the conversation started. And, consider delaying marriage or not getting married. Unmarried couples are becoming more commonplace now.

While these discussions might not seem romantic at first, it's another way to commit to your future together.

What do you think? Did you consider marriage as a legal contract before getting married? 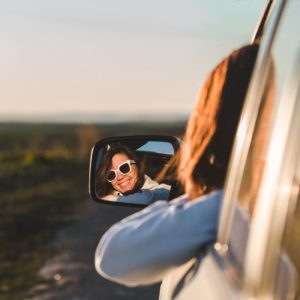 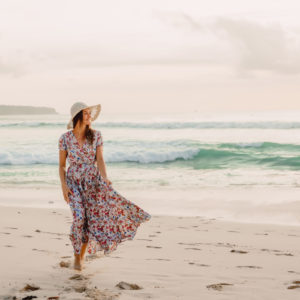 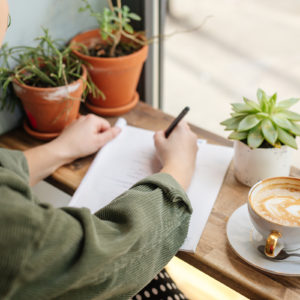